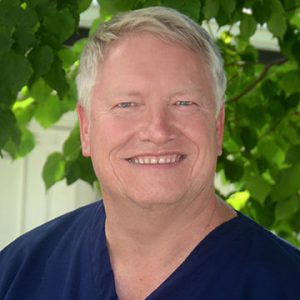 Dr. Mark Mangelson specializes in diagnosing periodontal (gum) disease and the treatment of periodontal disease using both non-surgical and surgical techniques. He has over 20 years of experience as an implant surgeon, placing thousands of dental implants. He is a Board Certified periodontist and a diplomate of the American Academy of Periodontology (AAP).

Dr. Mangelson is a Board Certified periodontist in Salt Lake City, Utah.

After completing four years of dental school at Creighton University, Dr. Mangelson continued his studies in a three-year postgraduate periodontal program at the University of Oklahoma. He continued to pursue board certification by following periodontal patient case studies and masterfully presenting his findings to a nationally elected board of periodontists. Not only is Dr. Mangelson a dental specialist and Board Certified periodontist, but he is also an active diplomate of the American Academy of Periodontics, which requires ongoing continuing education and recertification.

Dr. Mangelson was born and raised in Salt Lake City, Utah. When he is not spending time with his family, he enjoys bike riding, reading, gardening and playing raquetball.

If you would like to schedule your appointment with Dr. Mangelson, call Salt Lake Implants & Periodontics at 801-266-3519.